Why Nereda® is the most natural way to treat waste water 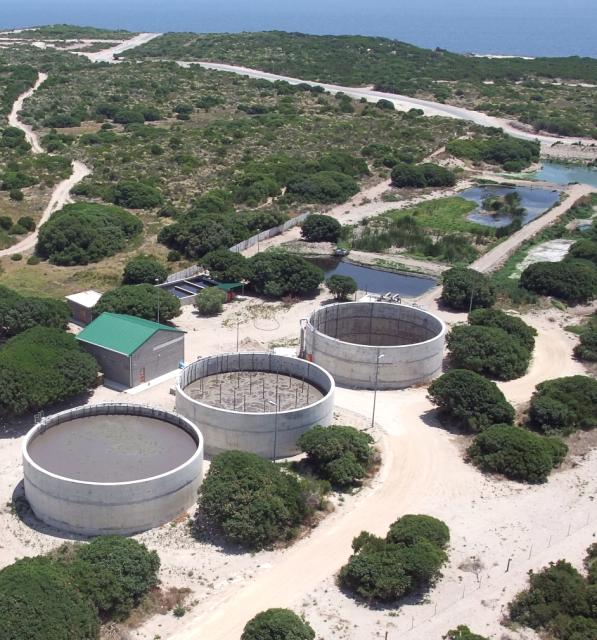 Nereda is an advanced biological treatment process for the treatment of sewage effluent and biological wastewaters. The process ensures the development of a unique aerobic granular biomass which unlike conventional activated sludge has superb settling characteristics. The technology was invented by Prof. Mark van Loodsrecht of Delft University in the early 90’s.

What is aerobic granulation?

Aerobic granules were defined by the First Aerobic Granule workshop in Munich in 2004 as “aggregates of microbial origin, which do not coagulate under reduced hydrodynamic shear, and which subsequently settle significantly faster than activated sludge flocs” (de Kreuk et al). The aerobic granules are much denser than typical activated sludge floc and therefore settle much quicker, which is one of the main reasons the Nereda process is a single tank concept i.e. aeration and settling can occur in the same tank.

The advantages of using aerobic granulation for water treatment?

Aerobic granules have been studied for their use in removing nitrogen, phosphorous and organic matter from wastewater. Because aerobic granules can easily adapt to fluctuating conditions and have the ability to withstand both shock and toxins, they have proven to provide robust and reliable effluent treatment. The biomass also requires less energy to aerate through mixing or propulsion methods to take effect. The use of aerobic granules in water treatment also means that you require less space, which can drastically reduce cost and space required. The smaller the plant, the less it will cost to build and in the South African context where budgets for sanitation infrastructure are constrained, the Nereda proposition is very compelling.

Nereda®: The compelling value proposition that is impossible to ignore

The Nereda® systems offer a cost-effective solution with reduced energy costs, making the technology perfect for application in South Africa with ever-escalating energy prices. WEC Projects is one of Africa’s leading water and wastewater engineering companies based in Johannesburg South Africa, but active throughout the continent.