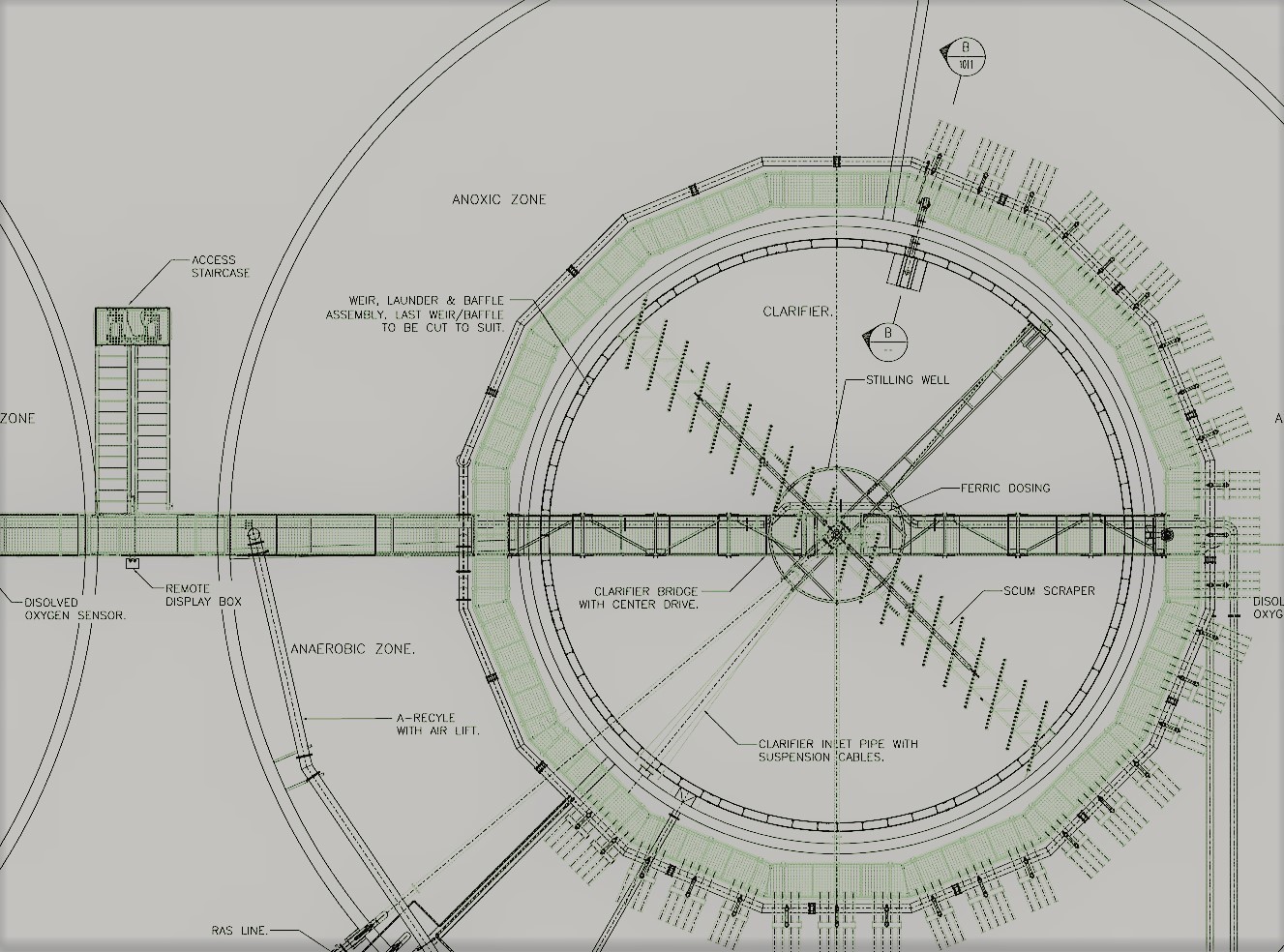 WEC Projects, one of the leading EPC contractors in the water sector in South Africa has had many years to perfect one of their products that has proven to add massive value to municipal and mining clients. The product is called the “Model R” packaged sewage treatment plant. Don’t be fooled by the words “packaged” – these systems are designed to treat relatively large capacities, from 350kl/day up to 3MLD (although WEC Projects is equally proficient in treating the smaller capacities too).

The Model R plant consists of 2 concentric round tanks with the inner tank being the clarifier and the outer tank the reactor. The outer tank is divided into different zones that allow for specific biological nutrient removal processes to occur, which allows the plant to treat effluent to the highest standards required in South Africa.

The Model R packaged sewage treatment plant is also implemented as the main sewage treatment plant for small communities all over the African continent. It is a flexible system too, in that the plants’ tanks can be constructed from mild steel which is protected from corrosion utilising the latest cutting-edge epoxy coatings, or from concrete.

The basic process description for the Model R is as follows: