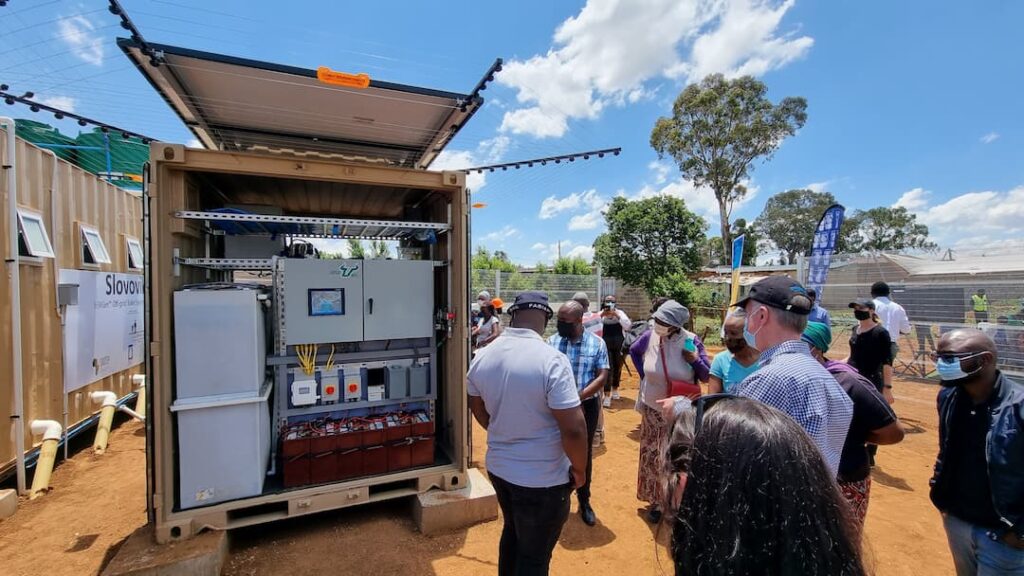 The NEWgenerator™ is changing the way we view the modern flush toilet, which hasn't changed its concept for the last 250 years. This device is now in communities where that original 250-year old concept in its conventional form is put to test to change the centralised approach to toilet sanitation.

The UN declared 19th November World Toilet Day this year to highlight not only the importance of proper sanitation but also the fact that 3.6 billion people do not have access to a proper working toilet.

Africa is certainly a region that is largely affected by a lack of proper water and sanitation. South Africa itself has more than 14 million people without access to proper sanitation facilities and, despite its advanced economy, is still struggling with the challenge of delivering water and sanitation to communities.

There are a number of reasons for this situation: a lack of infrastructure in remote communities; rapid urbanisation that has placed unprecedented stress on existing water and sanitation infrastructure; the deterioration and lack of expansion that has been allowed to occur with existing infrastructure; and a lack of skills, budget and political will to address this ongoing problem are just some of the reasons that the country lags in delivering on its promises.

As a result, some lateral thinking is required to make a 250-year-old concept work successfully under such circumstances.

An alternative solution lies in taking a decentralised approach to sanitation. Most of us take our toilets for granted but behind the humble sanitation device is an immense infrastructure of water treatment and delivery; wastewater transport and sewage treatment, piping, pumping, reservoirs, valves, instrumentation and more, just to deliver a single flush.

That design works well when it has been properly applied to a well-planned city but falls very short when faced with situations such as rapid urbanisation, where the population growth of a city outpaces its ability to keep up with service delivery requirements.

This urbanisation can be seen in the form of both informal settlements as well as RDP housing developments where the population is densely packed into relatively small areas, usually on the outskirts of the main city centres where little, if any, water and sanitation infrastructure exists. It takes a lot of money to build the infrastructure required for conventional sanitation systems as well as the space required to install it. It is even more difficult to deliver water and sanitation services to informal settlements as they are far more densely packed than RDP developments. It is simply impossible to provide a toilet and running water to every household.

This is where a decentralised approach comes in – instead of a massive investment in infrastructure, it is easier and more cost-effective to provide these services from a central area in each of these communities.

Again, however, conventional sanitation has led to the use of pit latrines and chemical toilets as stop-gap measures. Unfortunately, what starts as a stop gap often ends up as a permanent solution. Pit latrines are, by their very nature, unsanitary and can be vectors for the origin and spread of disease. They can also contaminate groundwater and are dangerous to small children as has been evidenced over the years.

Chemical toilets are a slight improvement, but they can still pose a danger to small children and there is also the problem of waste disposal.

The Future of Sanitation in Africa

The University of South Florida (USF) in the USA, with funding from the Bill and Melinda Gates Foundation, developed a solution that became a highlight of the World Toilet Day event recently held in Johannesburg this year. Called NEWgeneratorTM, it takes the toilet concept to the next level by not only decentralising the sanitation concept but also introducing a greener approach.

The NEWgeneratorTM system was tested extensively in India and then in South Africa. A local pilot project was done in conjunction with the University of KwaZulu-Natal in the eThekwini area. A permanent unit was recently installed in a small informal community called Slovoville in Soweto and was a highlight of World Toilet Day on 19 November.

The Water Research Commission (WRC), under the auspices of its South African Sanitation Technology Enterprise Programme (SASTEP), required a partner that would be able to commercialise NEWgeneratorTM in Africa and approached WEC Projects for this purpose. SASTEP is a national system of innovation (NSI) platform that fast-tracks the adoption of innovative and emerging sanitation technologies in South Africa through fostering local manufacturing and commercialisation.

The project in Slovoville, rolled out with the assistance of Johannesburg Water, uses a NEWgeneratorTM unit imported from the USA but future projects in South Africa as well as other regions on the continent will see the units built and adapted using local components and labour. WEC Projects will manage the Slovoville unit on an ongoing basis, making modifications where required and ensuring the system’s efficient operation.

The introduction of such a new concept is not without its challenges. In order for it to succeed, it must first and foremost be accepted by the community it serves. Most people’s conception of a toilet is a private unit in each house. The decentralised approach takes a different direction out of necessity and, therefore, requires buy-in from its users. Buy-in also requires that the community own the system, not only ensuring its ongoing operation and maintenance but also securing components such as wiring, batteries etc. Usually, a liaison person within the community is chosen who will be responsible for ensuring the cleaning, maintenance, security and community buy-in.

NEWgeneratorTM does not only offer a sanitary toilet solution for communities, it also offers franchisable economic opportunities for local small businesses and entrepreneurs through sales, installation and maintenance of the units as well as training and upskilling of people.

NEWgeneratorTM is also ideal for use in applications such as tourism, schools, and industries such as mining. WEC Projects has already been awarded a project by the Water Research Commission for the installation of a fully locally manufactured unit for a school in the Eastern Cape.

World Toilet Day and Beyond

World Toilet Day provided an opportunity for the NEWgeneratorTM system to successfully prove its value to a country struggling to deliver effective water and sanitation to its population. It addresses the UN’s Sustainable Development Goal 6 (SDG-6) of providing water and sanitation to all people by 2030; it replaces inefficient and inappropriate solutions such as pit latrines and chemical toilets; it uplifts communities by restoring dignity; and it brings with it economic upliftment both through its local manufacture and its potential for ancillary business opportunities.

It is the next level for a 250-year-old concept. 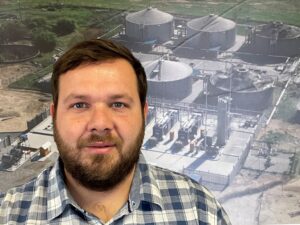 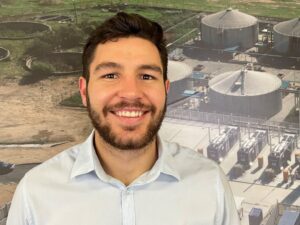