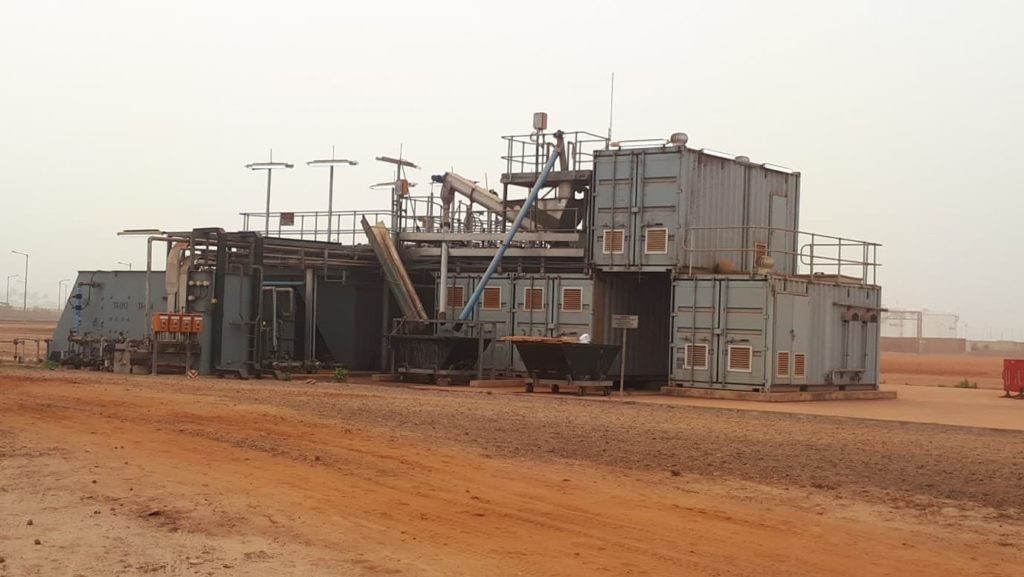 The flat coastal country, Guinea, located in West Africa, recently saw the successful completion of a combined desalination plant and wastewater treatment plant project for an aluminium mine operation in the Boke and Kamsar region.

Two plants have been installed by WEC Projects for Guinea Alumina Corporation (GAC) for the greenfield bauxite mine and bauxite export facility at the Port of Kamsar in Guinea. A seawater desalination plant was designed and installed to provide a potable water source for the port camp. Additionally, a sewage treatment plant was commissioned to handle wastewater flows from the port camp and operations. Both projects were successfully completed despite coming up against some unique and difficult challenges.

The mine transports bauxite ore by railway to the Port of Kamsar. At the port, barges are loaded for transhipment of the ore to freight ships located further out to sea. With this being a large operation, a potable water source was required to supply drinking water to approximately 1,000 people within the Port. Alongside the primary requirement for treated water, a source for dust suppression and operational activities were needed:

Initially, the bauxite handling facility was using water that was being transported by tankers. This meant high transport and logistics costs, as well as constant management to ensure water was always available at the plant. The use of borehole water was constrained due to the proximity to the sea and the resultant high brackish nature of the water.

The greenfield mine also had no sewage treatment facility so portable toilets were initially being used. These toilets were seen as a quick fix, but proper infrastructure would be required.

As part of the project WEC also supplied a centrifuge as a solid-liquid separation process to dewater the wasted sludge to a dry cake with less volume to reduce transport and disposal costs.

Seawater is drawn from a nearby estuary. The result is that during the month, water quality changed due to tidal conditions. An extreme example of this is that at the spring tides of new and full moon, water levels dropped so far during low tide that the sea water pumps sucked in large amounts of suspended solids / sludges. This issue was never initially foreseen by the client’s engineer, and the plant was not originally designed to handle this load of additional solids.

To overcome this challenge, WEC subsequently designed, installed, and commissioned a unique modular lamella clarifier. This unit was added to the up-stream process for the removal of high concentrations of suspended solids. The addition of this unit has significantly/greatly reduced the solid loads received into the DMF Filters as well as the Ultra Filtration units. These filter units and process phases are designed to protect the delicate RO Membranes which are critical in achieving desalination. Since commissioning of the additional clarifier, the RO Plant has once again achieved the production of the required quantity of desalinated water for the Client/Mine.

WEC Projects has supplied many similar packaged or modular sewage treatment plants throughout Africa and has the experience and capability to handle the challenges that Africa presents. Our skills and understanding of unique or complex waters and successful completion of projects across the continent, often in remote locations, offers our customers a truly differentiated proposition and experience. From Loadshedding to Watershedding: Mitigating the Challenges